Just like other amateur observatories, I guess we should show something about our design and construction. Otherwise, you may believe in the hawks (and maybe even the aardvarks) but not the observatory. Just don’t ask us how long it took to finish.

We began with a real observatory plan. Early 2006: permits were approved, and we began site preparation and foundations for the isolated pier and the building.

Excavation down to bedrock for  the pier concrete foundation.

Our contractor, Mike, working on reinforcing.

The pier foundation alone has a mass over 100,000 lbs., providing a vibration-free base

First framing, including setting of the pier steel pipe. (The pipe was old scrap, but worked great for this purpose.)

Another view of the pier.

The pipe was also filled with concrete.  Total mass of the pier plus the foundation was 130,000 lbs.

The foundation, pier, and framing for the floor of the control room here are shown in place.

Assembly of the dome was a project all by itself.

Our first telescope, a RCOS 16″, was installed in 2007. Polar alignment went beautifully. All worked well. But a couple years later, we sold the 16″ and traded up to a 20″. Here is installation of the new RC Optical Systems 20″.  It has 185 lbs. of counterweights. This big guy is nicknamed “Ritchey.” 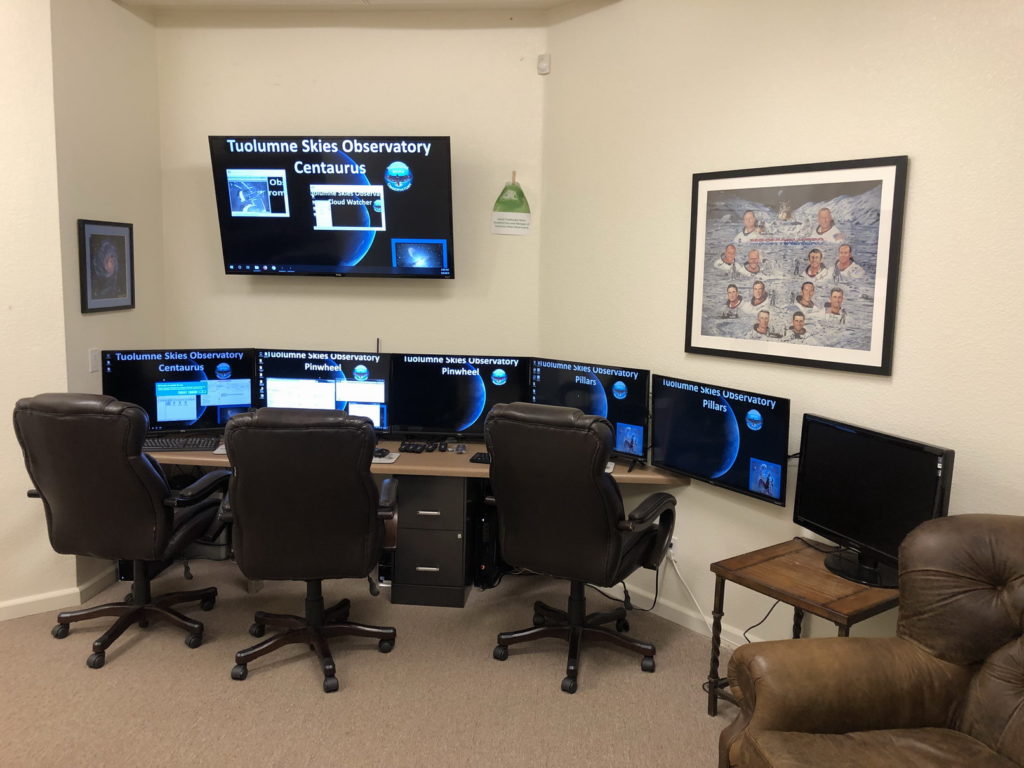 Inside the Control Room. The Control room (which is temperature controlled) is on the first floor. The second floor (really to separate the telescope from any temperature interference and to raise it above ground-induced thermals) has an Observation Deck. Ritchey is on the top floor in the dome, up a circular staircase.

In 2014 we added a second dome on a concrete pad, which houses a Planewave Dall Kirkham CDK 17″. We call this dome the “Dall House.” And of course, the telescope is “Dall Babe.”

In 2014, we partnered with a local microwave Internet provider, and now we have 90 mbps speeds on our Internet connection. With the connection, the observatory can be operated by students at the Bay School from their San Francisco Presidio buildings.